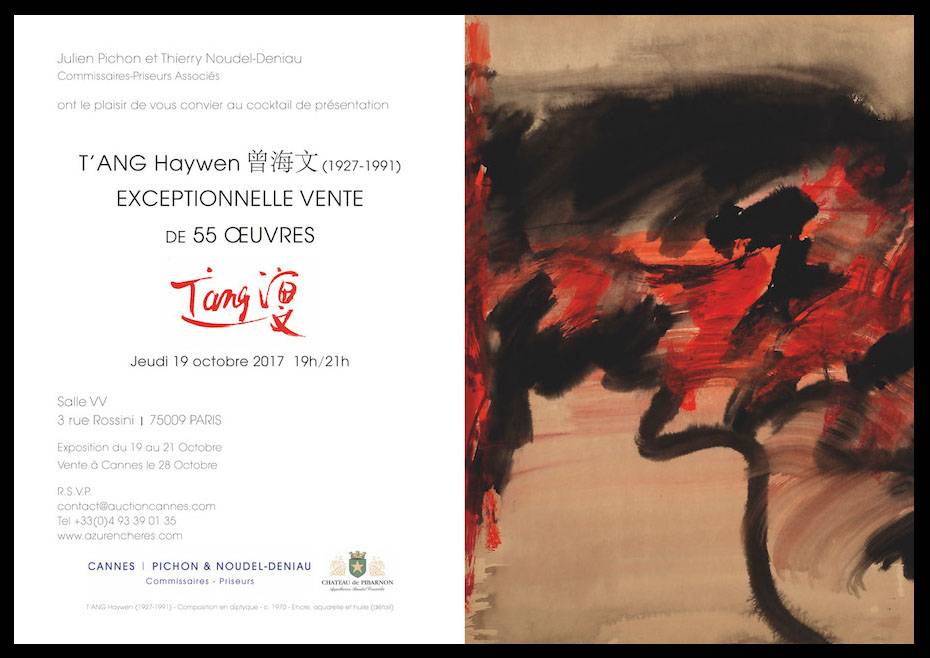 In 1988, the Museum of Fine Arts in Taipei presented CHINA-PARIS, the first museum exhibition of modern Chinese painters who had traveled to France. Ten years after PARIS-BERLIN at the Centre Georges Pompidou, CHINA-PARIS adopted the same format but was essentially the first claim for the return of these artists by their Chinese brothers. Thirty years later, we know what happened in the history of art and the history of the market.

...Since 25 years, this is the first time that an exhibition, followed by an auction, presents in France such a large collection of authentic works and almost entirely devoted to ink...

A feature preview of 55 works by T'ang Haywen will be presented by French auction house Julien Pichon & Thierry Noudel-Deniau between 19th and 21st October 2017 in Paris, France.

Click here to read the preface written by Philippe Koutouzis